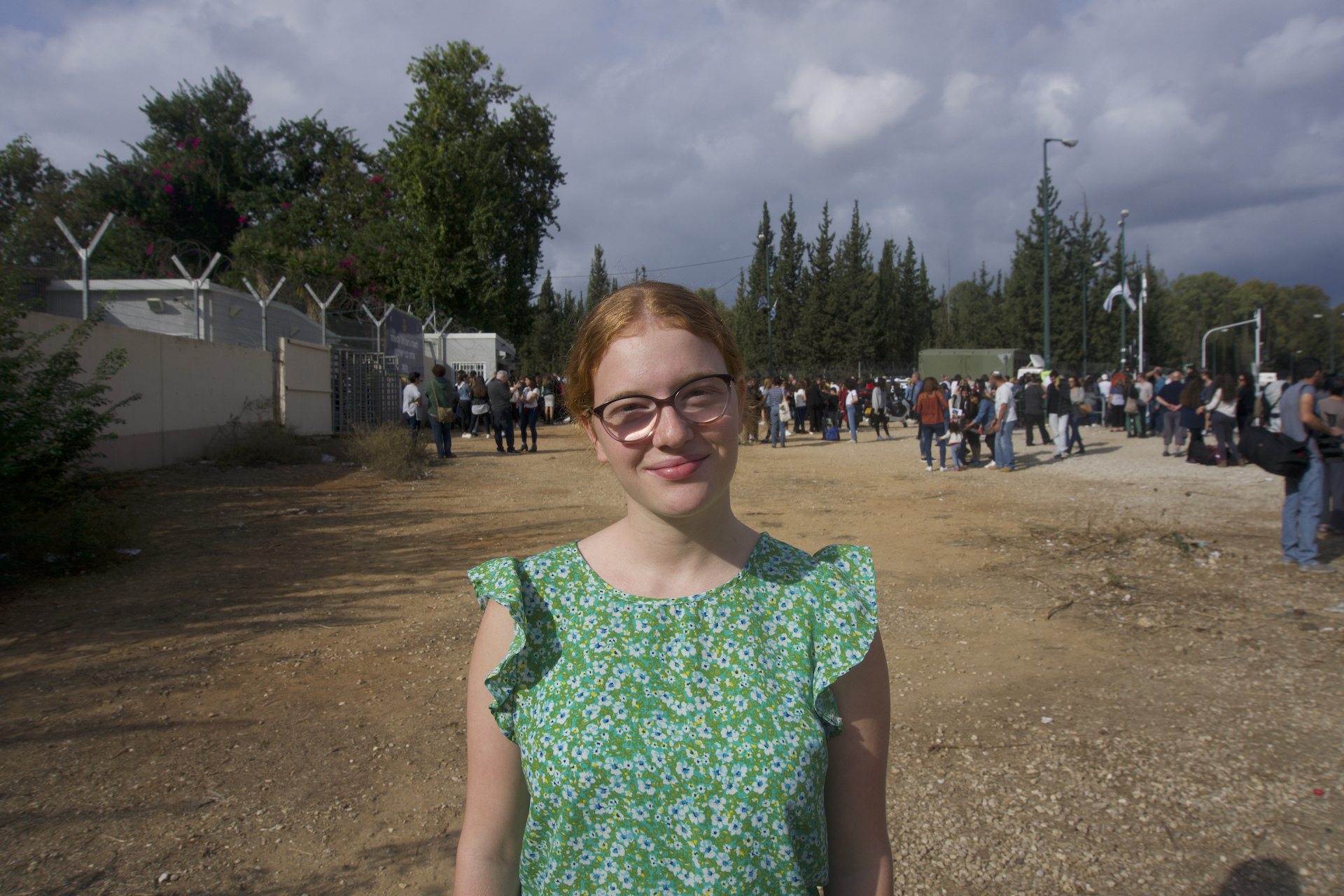 Tamar Zeevi and Tamar Alon reported at the recruitment base, Tel HaShomer in Ramat Gan, and declared their opposition to the occupation and refusal to join the army, thereby joining a growing group of young Israeli conscientious objectors.

We joined the solidarity protest with our cameras, which, though arranged and attended in support by their family, friends, old refuseniks, activists, and politicians, didn’t proceed without the counter-protest and interruptions of angry and frustrated co-Israelis.